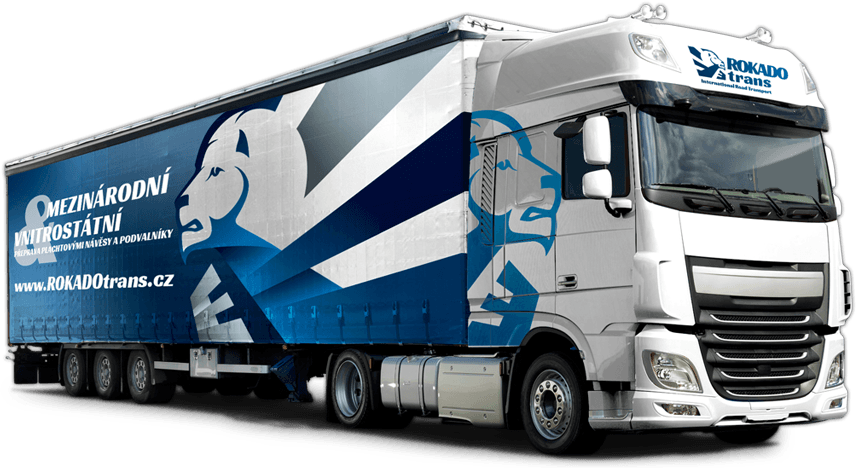 ROKADO trans s.r.o. company is one of the most famous and oldest-operating carriers in the Czech Republic.

During the 15 years our company acquired a range of experience in the area of safe truck transport of the cargo using the curtainsiders.

In addition to the classic transport cargos, the company also specializes in the transport of bulky loads, which is ensured by our own flatbed trailers.

The company offers its services throughout the territory of the Czech Republic, but also within the states of the European Union.

The year 2009 was a turning point for the internal carriers. At this time, a new truck carrier, ROKADO trans s.r.o., saw the light of day.

ROKADO trans s.r.o. originally represented a small family business, but over the years it has formed to a great extent, and it is currently successfully competing with large foreign carriers.

The company boasts a wealth of experience in the field of full transport loads, consolidation truck service, forestry and construction machinery; and oversized loads both in the territory of the Czech Republic and abroad.

The individual approach to our customers and their needs, the professional services provided by the team of experts, loyalty, reliability, and load security belong among the basic pillars on which the company ROKADO trans s.r.o. holds by.

The vehicle fleet of the company is constantly being renewed, thus the reduction of operation costs is ensured while increasing the efficiency and the speed of transport.

If you are looking for a reliable shipper that offers its professional services not only in the territory of the Czech Republic, but also across the states of the European Union, the ROKADO trans s.r.o. company is a safe bet!